If you’ve ever gone shopping for a wardrobe upgrade, especially for an accessory like a wristwatch or a hat, you’ve probably seen the phrase one size fits all at some point. And while that phrase might be applicable to a wide variety of subjects, estimating is not one of them. Estimating can vary widely, not just from company to company, but even from person to person!

The variable nature of estimating is often described pretty negatively, and not without reason. Too much inconsistency can lead to a lack of collaboration and company brand standardization, among other hurdles. But when approached carefully, flexibility and customization, especially in construction estimating software, is not inherently a bad thing. And at Beck Technology, we’ve been able to see this firsthand.

Although DESTINI Estimator provides our customers with greater structure to enable better consistency and collaboration even within a large preconstruction team, it was specifically designed to allow for customization so that each client can utilize it for their specific needs and truly maximize their potential. Not every general contractor faces the same hurdles as the other, so a one-size-fits-all approach isn’t helpful when it comes to preconstruction.

But what does DESTINI Estimator’s flexibility look like in real-life scenarios? We’ve spoken to several of our industry experts over the years about this very question, and we’ve compiled them in one easy-to-reach place for your reference. 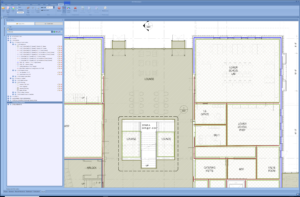 A 2D takeoff tool that allows an estimator to import and export data all in one place is pretty huge, and for most preconstruction teams, this is one of the significant draws of DESTINI Estimator. 3D takeoff, however, is not as widespread within the industry, both because it is a newer technology and because some contractors remain concerned about quality control.

But some preconstruction teams have been excited to jump in and utilize 3D takeoff to its fullest potential. Curt Kluznik, a Senior Estimator at Life Time Construction, shares: “We’re able to leverage the 3D model . . . instead of going to an architecture firm and getting the 3D model and having that data pushed through, [where] some of the stuff in the 2D realm doesn’t show up in the 3D one.” Life Time Construction does projects exclusively for Life Time, the fitness company, so being able to pull takeoff data from 3D models that provide concrete visuals rather than just abstract numbers is significant.

For other preconstruction teams, team estimating has been a bigger focus. Willis Smith Construction, a mid-sized general contractor based out of Florida, has especially taken advantage of the increased collaboration and immediate feedback that the team estimating feature has provided them with. Robbie Gronbach, Director of Preconstruction at Willis Smith, says, “There are four preconstruction managers in my department, and then we have an admin, so there’s six of us total. So at any given time, five of us could be in an estimate, and up until DESTINI [Estimator], we had not been using a platform that allowed for us to do [team estimating]. We had been working in individual files and then combining tabs, and the risk for that was just getting a little too much—missing formula links, or everyone doing something a little bit different with formatting.”

Since adopting DESTINI Estimator, Gronbach adds: “[Team estimating] has been great because we can have a column specific to internal notes, and we have a tool set up for a workflow where if there is an internal note inserted by one of the team members, it automatically highlights that row. If somebody has a question for somebody else, or there’s something we want to make sure that we’re covering, we can do that and it triggers a notification.”

How do You Use DESTINI Estimator?

We hope this insight into the different applications of DESTINI Estimator gives you inspiration for all the different possibilities that can be achieved with it.